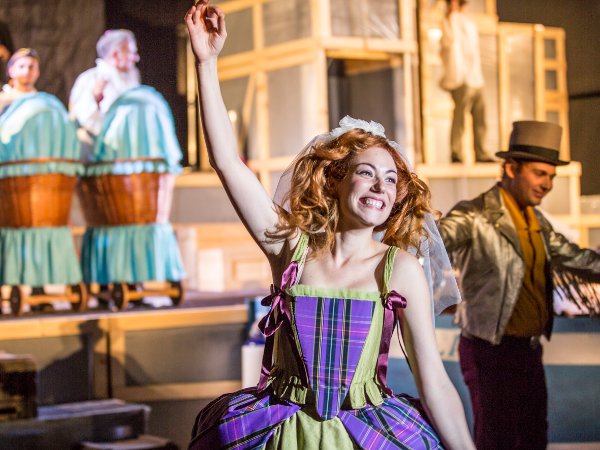 The Innsbruck Festival of Early Music made it into the top six finalists of the category “Rediscovered Work” at the prestigious International Opera Awards 2017. The opera that was only recently identified as being composed by the Innsbruck court composer Pietro Antonio Cesti was performed in Innsbruck in the framework of the BAROCKOPER:JUNG. Alessandro De Marchi, Musical Director of the Innsbruck Festival, launched the format in connection with the Cesti Singing Competition in 2010, “BAROCKOPER:JUNG is a huge success. Young singers from all over the world come to Innsbruck to compete in the Cesti Competition.

Previous participants and winners such as Rupert Charlesworth, Christina Gansch or Emöke Baráth are now performing at major opera houses.” Both audience and critics praised the colorful and cheerful stage direction of Alessio Pizzech, the outstanding performance of the young singers and Cesti’s spirited music conducted by Enrico Onofri.

Originally, Alan Curtis, musicologist and longtime companion of the Innsbruck Festival who died in July 2015, was supposed to conduct the opera. “Alan played a crucial role in the origin of this production,” Alessandro De Marchi stresses. “In case we actually win this award, it will be dedicated to Alan Curtis.” After the big success of “Il Germanico” in 2015, the Innsbruck Festival of Early Music is nominated for the second year in succession for an International Opera Award. Eva-Maria Sens, Managing Director of the festival is pleased, “We can easily stand comparison with major opera houses and festivals. It’s an honor and additional motivation to be mentioned in the same breath with the Teatro alla Scala or the Komische Oper Berlin.”

In 2017 another rarely performed opera is scheduled for the BAROCKOPER:JUNG in Innsbruck: Reinhard Keiser’s “Octavia”. The three performances are scheduled for 22nd, 25th and 26th of August 2017. The cast consists exclusively of participants of last year’s Cesti Competition.

The winners of the International Opera Awards 2017 will be revealed in London on Sunday 7th May at the London Coliseum.