Vinexpo New York creates advisory board to support strategic vision. The show, which has quickly established itself as the leading international exhibition for wine and spirits professionals in North America, returns to Jacob K. Javits Convention Center March 2-3, 2020 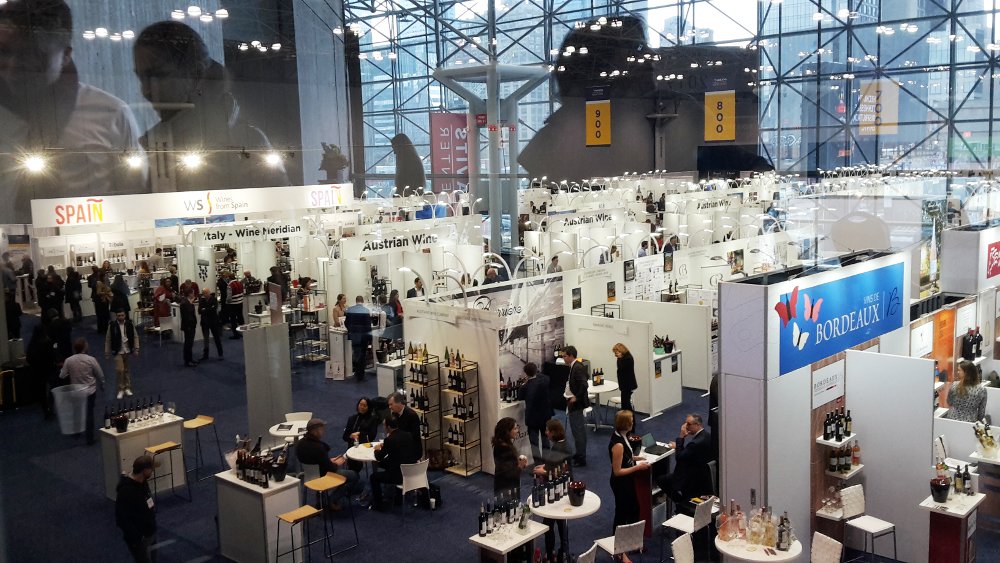 As plans ramp up for its third annual show, Vinexpo New York has assembled an Advisory Board of 11 U.S.-based wine and spirits industry leaders to help guide its future path. The show, which has quickly established itself as the leading international exhibition for wine and spirits professionals in North America, returns to Jacob K. Javits Convention Center March 2-3, 2020.

With the help of the Advisory Board, which comprises both past exhibitors and attendees of Vinexpo New York, show organizers are creating a strategic vision that will maximize the show’s value to North American wine and spirits professionals. The board will lend its collective expertise and contribute to the planning and growth of the show.

The inaugural members of the Vinexpo New York Advisory Board include:

John Beaudette, President & Founder, MHW Ltd. With more than 35 years of industry experience, Beaudette founded MHW, a national beverage alcohol import, distribution and service company, in 1995. He is a board member and former chair of The National Association of Beverage Importers Inc., sits on the board of The Distilled Spirits Council of the United States, and is a frequent speaker and lecturer at wine and spirits industry events.

Cheryl Murphy Durzy, CEO, LibDib. After managing wholesale sales for her family’s 80,000-case winey for more than 17 years, Durzy launched LibDib in 2016 as the first alcohol distributor and technology company to offer a three-tier compliant web-based platform. She sits on several boards, including the California Sustainable Wine Association and Free the Grapes.

Valerie Gerard-Masuura, VP Operations, Sopexa U.S.A. Backed by 20 years of experience, the past 10 in the U.S., Gerard-Masuura plans integrated programs promoting the products of European wine and food regions and appellations through consumer and trade activations. The French native has earned the Chevalier du Merite Agricole award for outstanding contribution to agriculture by the French Ministry of Agriculture and has been inducted into the Confrérie du Jambon de Bayonne.

Monique Huston, Vice President Wholesale Spirits, Winebow. Huston launched her spirits career more than two decades ago at Omaha, Nebraska’s Dundee Dell, one of the world’s largest whisky and spirits collections. She joined The Winebow Group in 2015 and rose to her current position in 2017. Huston has been featured in Whisky Advocate, Forbes and the Wall Street Journal.

Vela McClam Mitchell Thomas, Chief Executive Officer, Lemae Group Wines. Thomas and her late husband founded Lemae Group Wines, a wine importing company headquartered in Atlanta, in 1999. The couple’s original mission was to bring the fine wines of Portugal to the U.S. It has since expanded to include wines from estate vineyards in France, Italy and Spain as well. Thomas has led the company for the past 10 years.

Steve Melchiskey, Managing Member, USA Wine West. Since working the grape harvest in the Rhinegau in 1976, Melchiskey has built an illustrious career in the wine industry. He founded USA Wine West in 1996 and is also owner/winemaker at Maine Coast Vineyards and a licensed attorney specializing in wine law. Melchiskey currently advises wine portfolios in developing their U.S. distribution and marketing strategies.

Brandy Rand, Chief Operating Officer, Americas, IWSR Drinks Market Analysis. Rand oversees demand generation and strategy for North America, Canada and the Caribbean for IWSR, the leading source of global beverage alcohol data and trends. She brings to her position 18 years of prior management experience in the industry, including Allied Domecq Spirts & Wines, William Grant & Sons, and Bacardi Limited. She also ran her own brand-building practice for many years, consulting for Anheuser-Busch, Beam Suntory and other brands.

Brian Rosen, President, BevStrat. A leading authority in the three-tier system, retail off premise, marketing, and go-to-market strategy for the adult beverage space, Rosen has more than 30 years of industry experience. Since 2007 he has led BevStrat, America’s leading brand sales and marketing arm for brands under 100,000 cases in market. Rosen is also vice president, global brand development at MHW Ltd.

Manilay Saito, Senior Manager North America—Wine, Beer & Spirits, Business France. Saito brings 15 years of industry experience in Japan and the U.S. to Business France, the French Trade Commission in North America. Since assuming her current role in 2013, she has served as a liaison between North American industry professionals and French producers, supervising a diverse team across the U.S. and Canada.

Aaron Sherman, Chief Executive Officer, SevenFifty. Sherman co-founded SevenFifty, an online platform for the beverage alcohol trade, in 2012. He brings to his role more than a decade of industry experience in a range of capacities, from sommelier at leading New York restaurants like WD-50 and L’Artusi to beverage director at SLS Hotel in Los Angeles. As CEO, Sherman oversees SevenFifty’s overall company vision and growth.