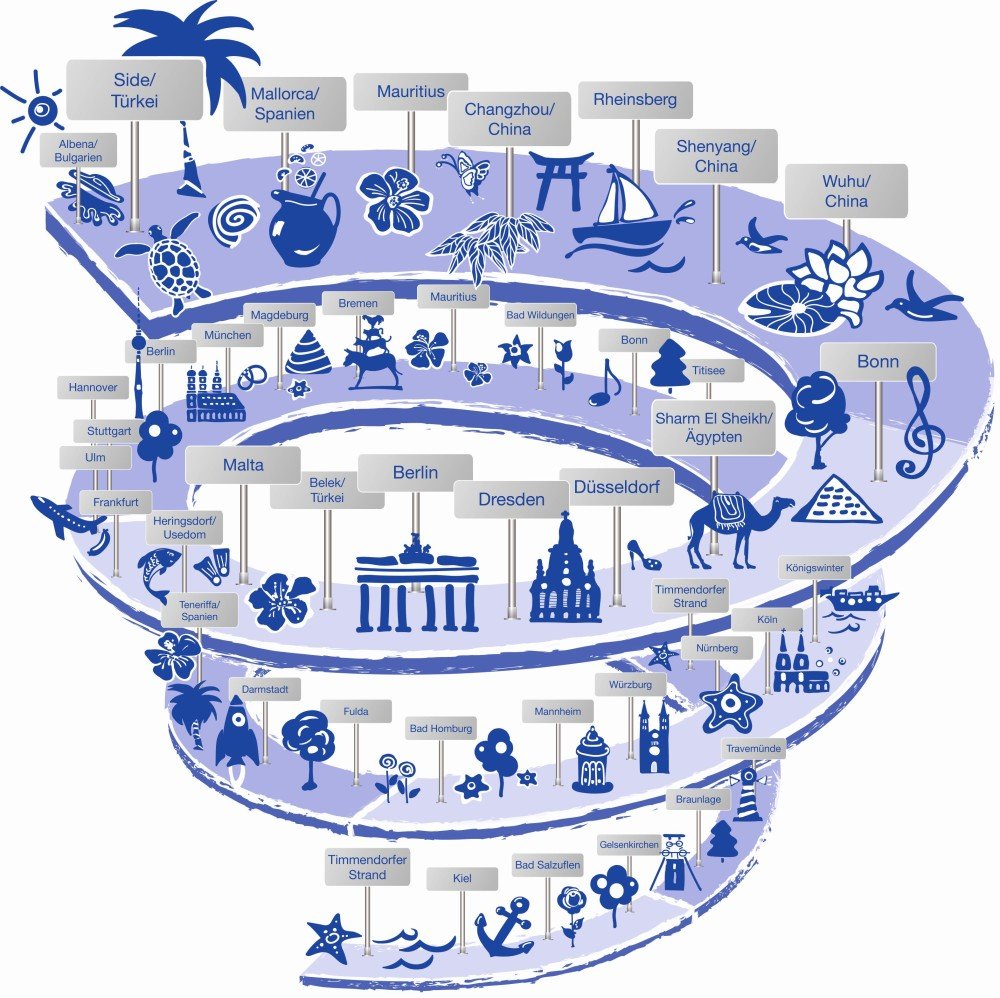 It all began with a visionary concept that soon became the trademark of the hotel group: “Daytime business and overnight accommodation under one roof”. This was the premise on which the company’s first hotel – the Maritim Seehotel Timmendorfer Strand – opened in 1969.

“That will never pay off,” heard company founder Hans-Joachim Gommolla all too often when he spoke of his plans to build a large hotel with halls and conference facilities. But this did little to put Gommolla off his idea and he was soon successful: Six new Maritim hotels opened in Germany in the 1970s, with the first Maritim Hotel abroad opening in Tenerife in 1980. Today, Maritim Hotels is the largest owner-managed German hotel chain, with a presence in seven countries across the world: Mauritius, Egypt, Turkey, Malta, Spain, Bulgaria and China.

In its anniversary year, Maritim Hotels would like to thank its patrons for 50 years of trust and loyalty by offering them a number of anniversary specials.

Dishes old and new
Tastes change over time. To celebrate its anniversary, Maritim asked its head chefs what guests liked to dine on in times gone by which is still a popular choice today. The results can be found on the menus of all the German branches of the hotel company during the anniversary year.

Maritim anniversary offer
Want to have a quick break and see something new? Relax for a few days? Get out of the daily routine? A good reason for a little time out can be found at www.maritim.de during this anniversary year, with attractive weekend specials that can be booked online at all Maritim hotels.

Conference cakes
Specially for corporate clients: Maritim now offers you a cake free of charge when booking a daily flat rate. Another positive development is that an anniversary discount will reduce your conference costs.

Anniversary mug
The design is exclusive, with a limited edition: The Maritim anniversary mug will only be available during the anniversary year. Evoking happy memories of a relaxed time spent at Maritim Hotels, it is sure to become a collector’s item in years to come. But that is not all. Guests purchasing this high-quality porcelain mug at the hotel reception will also be doing good to others. Each time a mug is sold, Maritim will donate 50 cents to the SOS Children’s Village Association and each time the mug is filled with speciality coffee or tea at a Maritim hotel, another 50 cents will go to the Children’s Village account.

Win a weekend break at one of our hotels!
Those who purchase a mug will also have a chance to win a weekend at one of the 32 Maritim hotels in Germany: guests and friends of Maritim Hotels can post their personal favourite picture with the “Anniversary Mug” on Instagram under the hashtag #maritimjubelbecher, with one lucky winner among the participants winning a weekend for two at any Maritim hotel in Germany at the end of the anniversary year.