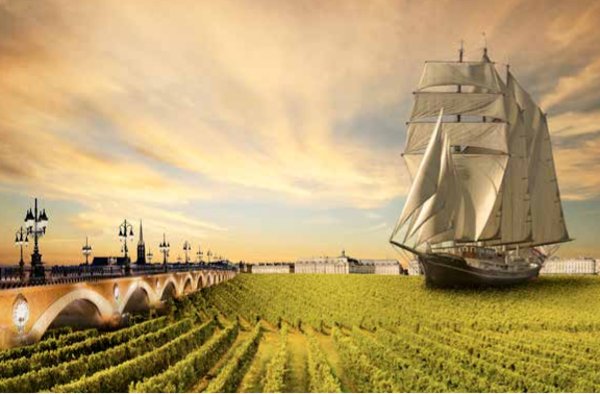 Bordeaux  – In the late 1990s, Alain Juppé, first elected Mayor in 1995, launched the project. «We want the Bordeaux population to once again enjoy its proximity with the Garonne River. The docks currently being rehabilitated are a natural place for gathering and taking walks. It seems obvious to us that they should be turned into a festive place,» the Mayor explained, adding that, at the same time, a tribute could be paid to the wine industry, which he felt was insufficiently honoured at the time.

The closer relationship that ensued between the city and the world of wine fostered the creation of Bordeaux Fête le Vin, in June 1998. The success of the event held every two years has continued to grow non-stop ever since. From 150,000 visitors in 1998, attendance soared to 650,000 at the latest festival in 2016.

Bordeaux Fête le Vin, dedicated to wines from Bordeaux and the Nouvelle Aquitaine region, will be held from June 14 – 18, 2018, along the Bordeaux riverfront, a UNESCO World Heritage site. In just a matter a few years, with hundreds of thousands of visitors, the biennial festival has become the leading European wine tourism event.

For its 20th anniversary, the guest of honour will be the prestigious Tall Ships Regatta, a race bringing together the world’s biggest and most eye-catching sailboats for a regatta that will take them from Liverpool to Dublin and then Bordeaux. The boats will drop anchor in the Port de la Lune on June 14th and set sail again on the morning of Monday, June 18th, in a tall ships parade. Over the 5-day period, Bordeaux will be the capital of wine… and sailing, the theme of this anniversary festival!