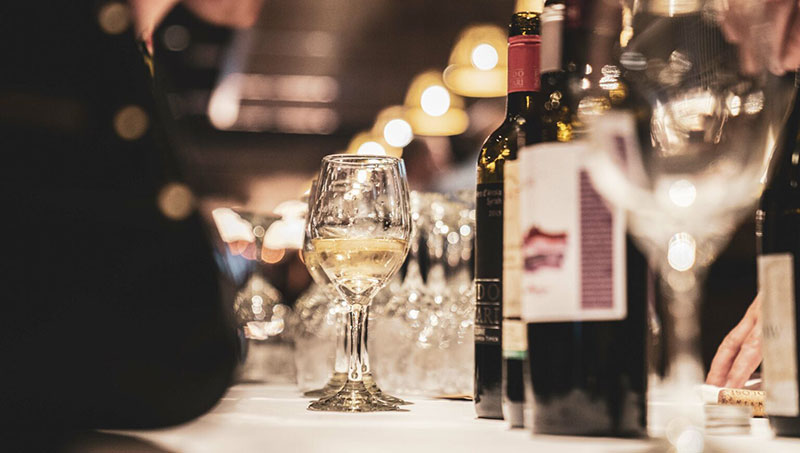 Responsible Wine Reviewing. The problem about how to best review wines and especially how to assign scores to wines is central to every wine taster/reviewer who takes his or her work seriously. Unfortunately, a tendency to hyperbole and over-scoring has reached the point where one wonders how much of current wine reviewing is truly useful and informative and how much reads as an informational.  Enthusiasm for wines of striking individuality and character is entirely appropriate. Yet a little restraint in the rhetoric and scoring is actually more beneficial to the reader than unbridled praise. It is easy to blame Robert Parker for introducing the 100-point scale which shifted everything to scores of 90 and above very quickly. Once the floor of 90 was established it began to drift up to 93 thus reducing the useful range from 93 to 100.  The unfortunate consequence of this scoring drift is that it put wine in the 89-92 range in a kind of limbo—unless they were inexpensive.

Responsible Wine Reviewing. Retailers quickly realized that the higher the score the easier and quicker the sale. Of course, the most experienced and knowledgeable among the buyers refused to fall for this “every wine that sell for $100 deserves a 95 or better rating.” Several wine writers quietly refused to succumb to the rating inflation. Bruce Sanderson (the Wine Spectator), Ian D’Agata, Steve Tanzer and Allen Meadows (Burghound) are four who reserved scores of 95 and above for the true elite. When these gentlemen gave high scores, there was a clear sense that the ratings were fair and appropriate. On more than once occasion I have had the opportunity to compare D’Agata’s and Tanzer’s scores for Bordeaux with those from other writers. What a relief that many wine were score in the 89-92 range!  This meant that a 95 or 97 marked out a Bordeaux of remarkable distinction. There is double damage done when high scores are tossed around like confetti at a marriage: Over-rated wines will inevitably lead to disappointment and sometimes cynicism on the part of the buying public. Some may conclude that many of the wines that receive 95 and above do not deserve that score. This disservice to the truly outstanding wines is one of the most unfortunate consequences of over-scoring.

Most of the wines that come up for reviewing are almost by definition not exceptional. There are hundreds of wines which are pleasant, enjoyable perhaps, even charming and delightful. Scoring in the 88-90 range seems quite appropriate for the best of these wines. They are not flawed or lacking something important because they “failed” to receive 93 or better. Scoring inflation exaggerates the virtues of the majority of the wines worth drinking. Correspondingly, giving 95 or better to almost every expensive wine makes it all but impossible to distinguish the true trophies from the merely very good.

There is one group of wines where a combination of under-scoring and over-scoring occurs rather regularly: Burgundy. The problem is endemic to the classification in Burgundy. At the very top end, representing a tiny percentage of the wines made, are the Grand Crus. Under the Grand Crus are the Premier Crus. While there are 10-12 vineyards ranked Premier Cru for every Grand Cru, the Premier Cru wines are still produced in what are truly modest amounts. Below the top-rated vineyards are the lieux-dits which have a vineyard name but no classificatory status. Some of these named vineyards have a very fine reputation. Next down are the wines with a Village appellation such as Gevrey-Chambertin. These are usually blends from a number of unranked vineyards. Finally, we have the fairly large amount of wine labelled as Bourgogne Rouge or Bourgogne Blanc. There is an unwritten rule that the higher the status of the vineyard the higher the permissible scoring. Ratings of 87-89 are common for the Bourgognes. The Village wines tends to top out at 90-91 while the lieux-dits sometimes make it to 92. Premier Crus can receive as high as 94 but usually are scored in the 90-93 range, while scores of 95 and above reserved for the Grand Crus. The more famous the estate making the wines, the higher the ratings. I am afraid that politics is always a fact of life. All of us who taste Burgundy regularly know that sometimes a village wine is much better made and more authentic than a Premier Cru. Once you know the quality of an estate you can adjust for the scoring. Numbers are absolutes. Sensory experiences are much more fluid and variable. That is why words matter! (  https://terroirsense.com/en/  )