Chicago to Cleveland by Hyperloop. The frictionless system works thanks to a magnetically levitated train that operates within a vacuum that is free of resistance, enabling speeds of around 750mph. 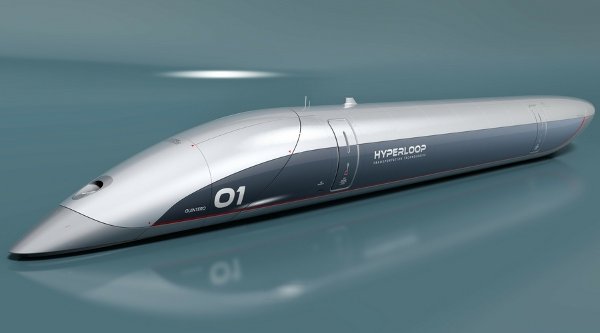 America’s Midwest will host the inaugural hyperloop journey, should plans set out by one of the companies developing the futuristic form of transport become reality. In a bid to become pioneers of the super-fast shuttle, Hyperloop Transportation Technologies (HTT) has formed a cross-state partnership with Illinois and Ohio in the creation of a feasibility study that will connect the cities Chicago and Cleveland.

The latest announcement from HTT follows Virgin Hyperloop One’s working demonstration of its own prototype in the Nevada desert last year. HTT’s commitment to connect the Windy City and The Forest City came about following a bipartisan agreement between congressional representatives from states including Illinois, Ohio, Pennsylvania and Wisconsin whom sent a letter to President Trump to request funding to help develop the system.

Several options have been picked out for the 340-mile route and an event is booked to go ahead in Cleveland, where more details on the connection will be revealed. With no copyright on its development, hyperloop is an open source technology – announced by Elon Musk in 2012 as the future of transport – that can be developed by any organisation. The frictionless system works thanks to a magnetically levitated train that operates within a vacuum that is free of resistance, enabling speeds of around 750mph.

The CEO of HTT (@hyperlooptt), Dirk Ahlborn, expressed relief that HTT was beginning to overcome the regulations that he saw as the “ultimate barrier” – other than building hyperloop, presumably – and said the company was excited to build the first real public-private partnership to bring Hyperloop travel to the US. “With this agreement, we welcome innovative and industry-leading partners in both government and industry to our movement,” said Ahlbourn. Following quickly in HTT’s footsteps, one of the major backers – and certainly the most famous – of its biggest competitor, Virgin Hyperloop One, Richard Branson announced that the company was working with India to introduce a super-fast travel connection between Pune and Mumbai in the country’s state of Maharashtra. At around 110 miles – a third of the distance of HTT’s Ohio-Illinois route – if it went ahead, Virgin Hyperloop One would link Pune’s Mumbai International Airport with central Mumbai in 25 minutes – more than two and a half hours fastest that the quickest train journey.