It is with great pride and humility that the Era Ora team wears the star: ”As many people know, to get a Michelin Star requires lively creativity and tenacity”, says Elvio Milleri and Edelvita Santos, founders and owners of EraOra. ”But maintaining it is even harder because a restaurant team is organic, always in motion with new cooks arriving and old ones leaving while new ideas permeate the air”. 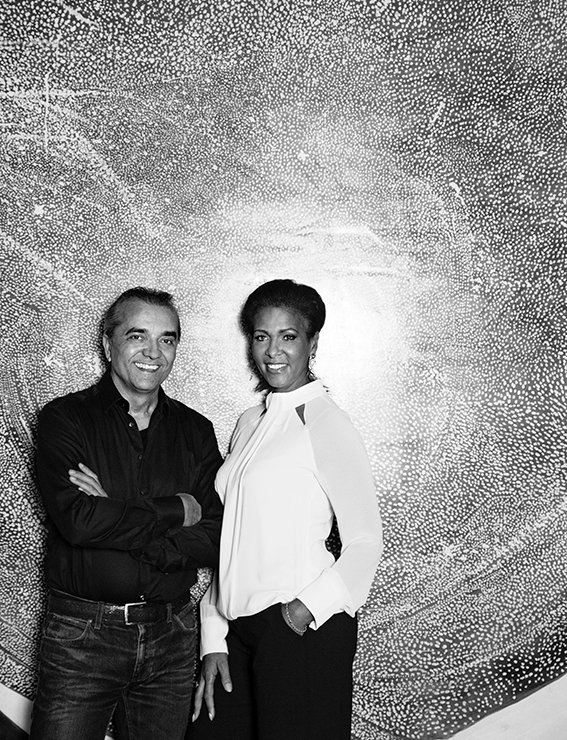 20th Michelin Star! The Italian/Brazilian couple came to Denmark in 1983 and opened the restaurant on Torvegade, the beautiful main street of the Copenhagen district of Christianshavn. Later the restaurant moved to its current location, Overgaden Neden Vandet, along the charming Christianshavn Canal.

The year of 1997 was very special for Era Ora, as the restaurant was awarded its first Michelin star. Since then the star has fallen year after year, thus marking the 20th time in 2016. The passion for mediating Italian cuisine on the highest gastronimical level is at the core of to the restaurant’s values, and this surely captures the true essence of what has made Era Ora what it is today: “Gastronomical identity, innovation through research and passionate teams will continue to mark the more than three decade long Era Ora commitment to being among the leading restaurants of the Danish culinary scene”.

Era Ora’s kitchen is lead by head chef Nicola Fanetti, 26. Despite of his young age he has immense experience from several Italian Michelin restaurants, making him the perfect team leader of Era Ora’s innovative Italian kitchen. The dining experience is characterized by knowledgeable and attentive service under the leadership of restaurant manager Michel Milleri.

Asking founder and owner Elvio what makes the Era Ora food and wine experience so unique, the answer is that it is a combination of several things: ”The focus of our team is to every day strive for innovation in the food we present to our guests. Our commodities are selected through thorough search in Italy using my own personal contacts on small and medium farms in my home country.

Hence they are delivered to our restaurant straight from Italy. I select the wines carefully after consultation upon consultation with friends and relations in Italy, which oftes makes us the only importers of the wine to Denmark. When pairing wines to menus we actually do it quite opposite to other restaurants: Our starting point are the great wines that we select, and from there we invent the menus.” Era Ora wishes to express its most heartfelt thanks for the kind and positive attention that has been shown the last day from press, guests and industry professionals.